Physics Olympiad: Should You Participate?

by Shayla Cherry | September 2, 2022
Connect us with your school principal! We make sure students get the career help they need. Click here to learn how we do it!

In this article, we’ll tell you all about the USA Physics Olympiad and the International Physics Olympiad. By the end, you’ll know whether this path is worth pursuing… or if you’re better off putting your energy elsewhere. Let’s dive in!

The Physics Olympiad is a national competition for high school students who excel at physics exams. In the United States we have the USA Physics Olympiad, often referred to as USAPhO.

The top twenty participants are invited to a ten-day study camp at the University of Maryland, where they can focus all of their attention on preparing for the notoriously difficult International Physics Olympiad. The best students from the twenty (up to five) will be chosen for the traveling team. After three more days of intense study, these students will continue on to the International Physics Olympiad.

The selection process begins with an exam called the F=ma, named for Newton’s second law of motion. This law states that the rate of change of the momentum of an object is equal in both magnitude and direction to the force imposed on it. The equation stands for Force equals mass times acceleration.

What does the F=ma exam cover?

About six thousand students take the F=ma exam each year. Students are allowed 75 minutes to answer the exam’s 25 questions, which focus on algebra-based mechanics. Out of these six thousand, approximately four hundred will be invited to take the USA Physics Olympiad exam.

What topics does the USA Physics Olympiad cover?

Unlike the F=ma exam, which is made up of multiple choice questions, the USA Physics Olympiad exam is free response. Questions are calculus-based and cover a wide range of topics. All USAPhO qualifiers receive certificates of recognition for their physics skill, which is an impressive addition to any college application even if they don’t progress to the next phase.

Here are some of the main topics covered by the USAPhO:

The American Association of Physics Teachers was founded in 1930. Their mission was the “dissemination of knowledge of physics, particularly by way of teaching.” Today there are over ten thousand members. They publish two peer-reviewed journals, The Physics Teacher and the American Journal of Physics.

The stated goals of the US Physics Team are as follows:

The F=ma registration deadline for 2022 is January 21st. The exam takes place in February, and the subsequent USAPhO exam is held in April. The top twenty participants will be invited to the U.S. Physics Team Training Camp at the University of Maryland in June.

Who’s eligible for the F=ma exam?

To take the F=ma exam, students must be either U.S. Citizens, U.S. Permanent Residents (Green Card holders), or currently attending a U.S. school. The same applies to the USAPhO exam. Prospective participants must also be located in the U.S. to take the USAPhO exam.

What do students gain from participating in USAPhO?

Participating students have the opportunity to network and meet new people, and the best of the best will go on to compete internationally. Here is a sampling of what students have said after participating in the Physics Team Training Camp:

The International Physics Olympiad is similar to the USA Physics Olympiad, but it includes only the best of the best: up to five pre-university students from each country are chosen to compete at an international level each year. It’s a nine-day competition that is hosted in a different city each year.

The United States competed for the first time in London in 1986 and is currently ranked fifth in the world, after China, South Korea, Russia, and Taiwan.

If you’re passionate about physics but don’t make the cut of the F=ma exam, there are still plenty of other avenues to explore. Your school may have a physics club that tackles fun projects like walking on water. Here are some more ways to pursue your passion.

The AAPT High School Physics Photo Contest is an international competition for high school students.  For many years this contest has provided teachers and students an opportunity to learn about the physics behind natural and contrived situations by creating visual and written illustrations of various physical concepts.  Students compete in an international arena with more than 1,000 of their peers for recognition and prizes.

The PhysicsBowl Contest is an international high school competition. School teams compete regionally with other school teams. Students will take a 40-question, 45-minute timed, multiple-choice test under their school’s supervision.

The exam is normally given between March and April each year. Exam questions are based on topics and concepts covered in a typical high school physics course.

To enhance the distribution of awards, Division I is for first-year physics students, and Division II is for second-year physics students. Each Division has 15 regions that have been established across the country to allow schools in each region to compete against one another. Specialized math and science schools compete in their own region.

If your high school has physics as an option, ask your teacher if they will host a PhysicsBowl!

Colleges are interested in students who pursue their passions, display their unique skills, and commit to activities long term.

If you love science and physics, participating in the Physics Olympiad or other contests through the AAPT is a great way to display your passion and interest in science. Another perk is that students who participate also can be considered for grants and scholarships pertaining to physics to put towards obtaining their college degree.

If physics continues to be a passion of yours into college there are great ways to stay connected to physics, like the University Physics Competition here.

Conclusion: Is the Physics Olympiad Right For You?

So… is the USA Physics Olympiad right for you?

If you’re a math whiz who’s passionate about physics, the physics olympiads are a worthwhile goal. If nothing else, you can choose to challenge yourself by signing up for the F=ma exam. You have nothing to lose, and just preparing for the exam will be excellent preparation for your college physics courses.

We wish you the best of luck!

Have you taken the F=ma exam or participated in the USA Physics Olympiad? We would love to hear about your experience! Tell us what you thought of it all.

If you have any further questions, feel free to leave them in the comment section below.

Want to join the discussion?
Feel free to contribute! 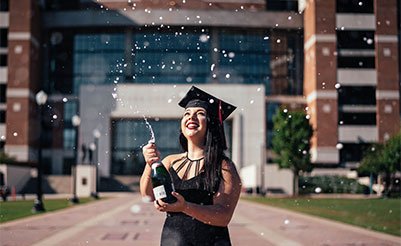 Calm your anxiety by learning every aspect of the college application process and how to excel at navigating it.

AP Human Geography: The Complete Guide
How to Write a Resume with No Experience and Get the First Job
High School Engineering Programs: The Ultimate Guide
Scroll to top