Transizion’s mission is to help keep the American Dream alive by training our young people to become the builders, teachers, entrepreneurs, scientists, and inventors of tomorrow. We live in contentious times, so the best we can do is build each other up, encourage dreams and ambitions, and equip our people with the skills needed to win in globalized marketplaces. Writing. Soft skills. Utilizing opportunities. College acceptances. Career success. These are all critical elements students need to embrace and pursue to find their footing and secure their futures.

We promise to provide stellar customer service to our customers. Transizion would be nothing without you. It’s our duty to serve customers to the best of our abilities. That means we’ll connect you to the best mentors, honor satisfaction and money-back guarantees, and publish expert content. Our customers love us, but we will never be satisfied. Transizion is a customer-driven company. As long as you have pain points, it’s our job to solve them in an honest and fair manner.

If you’re unhappy with our service, we’ll do everything we can to solve your problem. Our money-back guarantees and expert-written content are here to clear all of your anxiety.

Change is constant. Skills that were once in demand are now automated. Cities that once thrived now struggle. Industries that our country once pioneered are concentrated elsewhere. This isn’t just the story of our time—it’s the story of history. Though we have benefited greatly from technological advancements and global connectedness, progress creates its fair share of challenges. And there’s no reason to expect that this will ever be different.

We want to become the go-to platform for all things “success” related. College admissions, career services, professional development, and mental health are just a few fields in which we want to help customers. We can only do this by demonstrating expertise, leveraging trust, and providing the absolute best service to you.

For the next 30 years, the world will undergo tumultuous change. From college affordability to automation to the widening Opportunity Divide in countries across the globe, companies, entrepreneurs, and leaders need to step up to solve these problems. Transizion can do that through good products and even better work. As our services and products build and train the next generation of leaders, we will pursue new solutions, improve the current avenues of change, and build better bridges to connect ocommunities.

Excellence: The only true failure is the one you don’t learn from. No one gets it right the first time. No one. Excellence requires persistence and commitment to giving it your best.

Competition: We don’t shy away from obstacles. Instead, we get tougher. We cherish giving our clients the tools to earn an edge in a global market that will only get more competitive.

Honesty: We promise to be honest with you. It’s simple. But in an industry overrun with false promises, we’re here to give it to you straight.

Empathy: The best way to gain an edge is to understand the world from the point of view of others. Stubbornness may help your pride, but it will not advance your career.

Inclusiveness: Hard-working families are at a disadvantage. There’s not enough time, and budgets are tight. That’s why we started Transizion: to give a leg up to those who need it.

Jason Patel is a product of the American Dream. His parents immigrated to America with their pockets empty but their hearts full of hopes and dreams. Thanks to hard work and lots of opportunities, his parents made something of themselves. They always reminded Jason that any opportunity to work is an opportunity that should be cherished.

After graduating from the George Washington University, Jason began volunteering in New York City and Washington, DC to help young people with college applications and job hunting. Thank to his guidance, one student won a full scholarship and multiple partial scholarships to top schools in the country, which convinced Jason that this field was his calling. The student’s mother advised that he begin his own consulting practice to help students with college applications and professional skills development. Transizion was born.

Ever since, Jason has grown his team of experts and mentors, who help students and professionals with college applications, college planning, and career services.

Our professionals have gone on to work at Google, the Justice Department, Facebook, Booze Allen Hamilton, Microsoft, Amazon, and many other well-known companies.

When he’s free, Jason enjoys the outdoors and practices mixed martial arts. He’s a purple belt in Brazilian Jiu-Jitsu and fights Muay Thai in the ring. He brings his competitive spirit everywhere he goes. 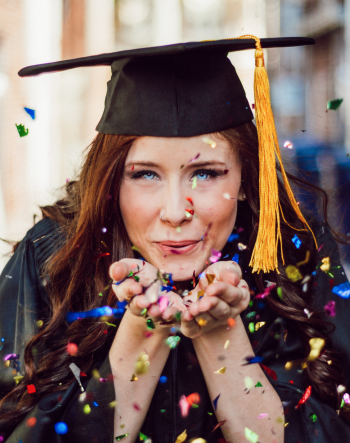 
“I received an acceptance from my dream school!
Write amazing essays and solve your worries.”